Thank You Kevin Waschuk for Your Service

Kevin Waschuk, vice president of Waschuk Pipe Line Construction Ltd. has decided to focus on other commitments and has stepped down from the PLCAC board of directors. 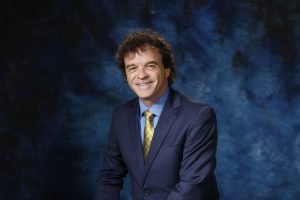 Kevin grew up with the pipeline construction business and has been very active in the industry throughout his career. Kevin served as president of the PLCAC from 2002-2003 and from 2010-2011 while also sitting on a number of committees, including the national labour relations committee, the mainline negotiating committee and the Canadian Pipeline Advisory Council and chaired the Membership and Promotion Committee in recent years. He has admirably represented the association for many years in various capacities including the employer/union advocacy panels for the Mackenzie Gas Project, the Alaska-Canada Gas Project and the World Federation of Pipeline Industry Associations to name a few.

The PLCAC board of directors is grateful to Kevin for his commitment, guidance and expertise he provided to our industry over the years, and to his wife Ann, well known for her tireless advocacy of the Association around the world.

We wish Kevin and Ann all the best.

As per the bylaws of the association, the PLCAC board of directors received nominations, including previous 2017 nominations, and appointed a designated representative – Wesley (Wes) Waschuk, president of Waschuk Pipe Line Construction Ltd. to complete the remainder Kevin’s unexpired term.

The PLCAC board of directors welcomes Wes to the Association.