Thank You David Kavanaugh for Your Service

David Kavanaugh, president of O.J. Pipelines Canada has notified the PLCAC board of directors of his pending retirement from the Canadian pipeline construction industry and intention to return to his home state of Texas.  He has therefore resigned his position as a director. 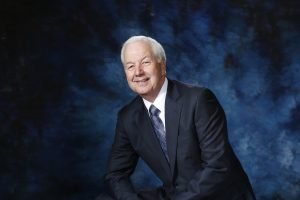 David was appointed in president of O.J. Pipelines and its subsidiaries RMS Welding Systems and O.J. Industrial Maintenance in 2006. He has worked over 40 years’ in various operational and managerial positions with pipeline construction companies around the world. David served as president of the PLCAC from 2012-2013.

The PLCAC board of directors sincerely thanks David for his leadership, direction and dedication to the Association, and will miss his passion for and commitment to our industry as a whole.  We wish David and Jeanne all the best in their new endeavours.

As per the bylaws of the association, the PLCAC board of directors received nominations, including previous 2017 nominations, and  appointed a designated representative from O.J. Pipelines Canada to complete David’s unexpired term. Russell Keller, vice president, projects will serve the remainder of the tenure.

The PLCAC board of directors welcomes Russell to the organization.