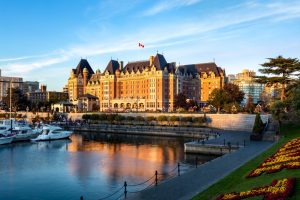 The Pipe Line Contractors Association of Canada and its Board of Directors are excited to get preparations underway for the PLCAC’s 69th Annual General Meeting & Convention.

Known internationally as the City of Gardens, Victoria, BC has been named both the Most Romantic City in Canada and one of the top 15 Friendliest Cities in the World. With strong support for all things local, Vancouver Island has over 2,800 farms, with nearly 1,000 in the Greater Victoria Region and 700 in the Cowichan Valley.

National Geographic recognizes Vancouver Island as one of the best cold-water diving destinations on earth and the renowned Jacques Cousteau Society rates the area second only to the Red Sea for the diversity of marine life and water clarity. As well as its many activities, the city plays host to the Royal BC Museum, founded in 1886, which is one of the foremost cultural institutions in the world.