When Suncast Polytech Inc. (Suncast), the parent company of Quality Polly Pig (QPP), decided to take a bold step in the direction of reducing environmental footprints and increasing its customers cost savings, it invented a proprietary technology called ReCastTM. This technology makes it possible to rebuild or recycle worn and discarded polyurethane (PU) wear parts, including those that are used on batch pigs, such as cups and disks. This allows companies to lengthen the lifespan of the parts, as well as cut down on replacement costs while not compromising on performance.

Since January 2016, Suncast has partnered with QPP and has provided QPP’s customers with the choice to purchase new or ReCast PU oil and gas pipeline pigging parts. 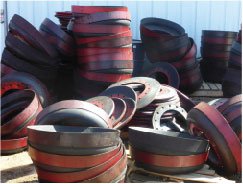 Figure 1. Stacks of used cups and discs. This site is one of many where hundreds of used pig parts wait to be moved to landfills.

Together, the two companies expanded to triple their original size with the capabilities to do all manufacturing within one facility, the ability to meet special order needs on short notice and the space to double their inventory for timely customer response.

Neil Bowker, CEO for Suncast and QPP, recently said: “This technology creates an inseparable bond between the new material and cured (existing) PU, enabling remanufactured parts made with the ReCast process to thrive in the most demanding environments.”

With high cost cast elastomer PU not having been recyclable in the past, the ReCast technology offers the option of rebuilding and reusing wear parts that were prematurely labelled for end of lifecycle and ultimately landfill. For example, prior to the ReCast process, a 30 in. pigging cup might get about eight runs before it would typically be out of tolerance and discarded. Instead, that same cup – after being removed from service – can have a dramatically extended life thanks to being remanufactured up to eight times or more. Each time ReCast can be used, it provides an approximate cost saving of 30 per cent to the customer, compared to the cost of having to continuously replace the original part with a new part. This technology can achieve up to 50 runs or more on the original core of a part vs the traditional average of approximately eight runs (depending on the length of run), after which the entire new part would be discarded and replaced with a new part at full cost.

During the developmental stages, Suncast commissioned an independent engineering evaluation of the ReCast process, in which test pieces were made by bonding new and scrap PU material. A variety of substrate parent materials were used to provide a broader picture of the technology’s capabilities. The ReCast and parent material control samples were tested and compared for ultimate tensile strength and percentage elongation at failure. The resulting bond was stronger than the bond in either the existing or new PU. In fact, any tensile strength ‘forced failures that occurred during the testing were in the existing or new PU on each side of the ReCast bond. 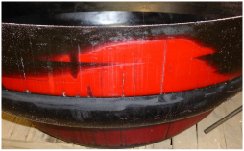 Figure 2. This 30 in. worn pigging cup has been ReCast three times and was back for a fourth ReCast. Notice the wear from the original bond (red) to the ReCast (black). It is visible that the bond is seamless between the original material and the new ReCast.

Wally Weslosky, president of Suncast and QPP, said: “For close to 20 years, we have successfully ReCast thousands of parts of various sizes and types without a part failure. The ReCast parts can typically be used multiple times to maximize lifecycle cost savings. QPP’s Quality System ensures that the cores returned for ReCast are evaluated at multiple stages of their manufacturing process, to determine the part quality for rebuild purposes. Provided the part passes all quality checks each time it is returned, it has the potential to be ReCast several times before the part is eventually retired.”

Additionally, the new PU formula that is bonded to the existing pig core part might be a higher performing PU, which means the ReCast part will meet – and frequently exceed – the wear life of the original part.

An example of the technology helping QPP’s customers was a trial with Enbridge Pipelines. The success of the trial lead to Enbridge incorporating the ReCast pig parts into their parts inventory. QPP has received the consent of Enbridge to reproduce its internal report on the extended trial and evaluation process it required QPP to perform before Enbridge would proceed with the use of the  ReCast process for its pigging parts. That report can be found below (Enbridge Case Study).

This successful partnership with Enbridge has kept Suncast and QPP continuously looking for ways in which they can innovate to enhance customer performance, data tracking and profitability. 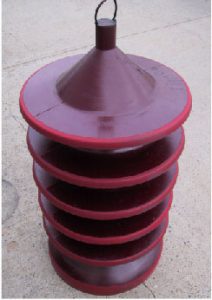 Figure 3. This 24 in. Power Disc has gone through the ReCast process, with a visibly seen difference of the wear edges. This shows how much waste goes into landfills when 90 per cent of these parts are in good condition to continue several more lifecycles.

Ron Rudanec, general manager of QPP, stated: “ReCast products have provided pipeline and pigging contractors a distinctive edge over their competition. We, as manufacturers and consumers, need to direct ourselves away from the disposable world we live in.”

As a courtesy service, QPP and Suncast will assist its customers in developing a plan to utilize ReCast parts, as part of the customer’s cost and environmental strategy. With almost 40 years of combined experience, QPP and Suncast can offer this significant performance advantage where no one else can.

The company’s motto of ‘reduce, recycle, ReCast’ could not be more timely, considering the emphasis it has on the environment today and for future generations.

When Stacey Bisch learned that there was a new technology that would save money on the batch pig program and the environment, she new she had to learn more.

Bisch, Enbridge Pipeline Services Co-ordinator for the western region, began investigating technology company Suncast Polytech Inc. about a year ago. She heard about Suncast through the vendor who manages the cleaning and transporting of the batch pigs that Enbridge Liquids Pipelines uses on the Waupisoo and Athabasca lines. Suncast refurbishes worn and discarded cups and discs that are used on batch pigs, allowing companies to lengthen the lifespan of the parts, as well as cut down on replacement costs while not compromising on performance.

Bisch knew the technology could easily be applied to the Waupisoo and Athabasca pipelines, where every day three to four batch pigs are received on each line. After the run, the batch pigs are pulled, cleaned and sent back up north to be put back in the line again.

“The batch pig discs and cups wear after being run between seven to 10 times,” explains Bisch. “Once they exceed their lifespan, we throw them away and replace with new ones. Not only does that cost us money to replace with new parts, but it is also a huge waste that ends up being discarded. I wasn’t comfortable with that environmental impact and wanted to make a difference.”

Bisch, along with Pipeline Integrity Technologist, Tom Richardson and Pipelines Services Supervisor, Ken Furrie, met with Suncast, toured their production facility in Edmonton, AB and conducted trials using the refurbished parts. A big concern was that the refurbished discs and cups would not perform to the same ability as the new parts, but that was not the case. On trial runs, the refurbished parts performed extremely well – slightly better than new parts – and proved they could be a great addition to the batch pig program.

As of January 2016, discs and cups from the Waupisoo and Athabasca batch are sent to Suncast for refurbishing allowing Enbridge to reuse the parts 10 times or more. The cost savings of using the refurbished discs and cups is about CAN $20,000 for the year. While that’s not insignificant, the real savings comes from the amount of material that is diverted away from the landfill, which Bisch says could be 25 625lb of waste in 2016.

“The opportunity to divert thousands of pounds from the landfill means a lot to me as I know it does to everyone in our company,” says Bisch. “We’re showing leadership and demonstrating that the protection of our environment is a priority for Enbridge.”

From Richardson’s perspective, there could be opportunities to use this same technology in other areas of the pipeline system.

“The possibility is there that this technology could be applied to the cleaning pigs we run on other lines,” says Richardson. “This would allow us to achieve further cost savings and an even greater reduction of our environmental impact. We’ll have to see where this goes in the future, but right now I feel we’re taking a step in the right direction.”

Cups/Disks ………… Cleaning pigs may be constructed of a steel body with polyurethane cups or discs.

Pig …………………….. Devices that are placed inside the pipe and travel with the flow of product for purposes of hydrostatic

Pigging ………………..Use of “pigs” to perform various maintenance operations on a pipeline without stopping the flow of product in the pipeline.

Tensile Strength ……The resistance of a material to breaking under pressure.