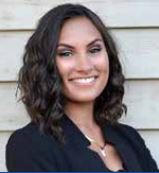 PLCAC is pleased to congratulate Amanda Pope on being selected as the 2019 recipient of the Wayne E. McArthur Memorial Award, named in memory of the late Wayne McArthur, a long-time PLCAC associate member. Generously sponsored by Acklands-Grainger Inc., the recognition is awarded each year to a student who contributes to their community, as well as achieving academic excellence.

As a volunteer, Amanda has been active in the community news arena, blogging, reporting, video editing and radio hosting/ announcing. With a keen interest in public speaking, Amanda has engaged in leadership activities with Toastmasters International and a public speaking and leadership club, for which she received a government Speak-Up Grant. Amanda has also led bible study groups at various churches and retirement homes.

The PLCAC member parent is Angela Oelkuch of Strongco Ltd.