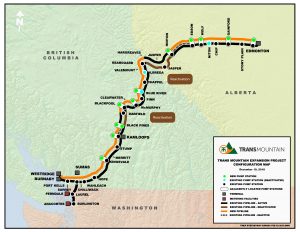 The Federal Department of Finance officials are leaning into the potential sale of the Trans Mountain pipeline to two prominent Indigenous groups that are actively pursuing an ownership stake in the pipeline.

An ownership stake would bring much-needed funding for critical infrastructures like housing, roads, sewers and drinking water for Indigenous communities. “I’m hoping it can happen in this new negotiation that’s taken place and everything comes out in a positive result and it’s a win-win for the First Nations, for TMX ownership and the government,” said Robert Morin, a member of Project reconciliation and a member of the Enoch Cree First Nation, west of Edmonton.

With an estimated cost of more than $12 billion, the federally purchased (2018) Trans Mountain expansion pipeline project resumed construction on February 8th, 2021. The recent cancellations of the Keystone XL pipeline leave Trans Mountain as the best option to export Canadian oil to other nations.