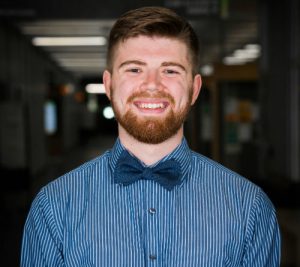 PLCAC is pleased to congratulate Jonathan Dubue on being selected as the 2018 recipient of the Wayne E. McArthur Memorial Award, named in memory of the late Wayne McArthur, a long-time PLCAC associate member. Generously sponsored by Acklands-Grainger Inc., the recognition is awarded each year to a student who contributes to their community, as well as achieving academic excellence.

Jonathan is currently pursuing a Master’s degree in Counselling Psychology at the University of Alberta. In that province, suicide rates have increased 30 per cent since 2015, which drives Jonathan’s keen interest in better understanding suicide risk. Jonathan seeks to directly change the way we assess this social issue and strives to become a leader in developing more ethical and effective means of addressing — and hopefully curbing — this disturbing trend.